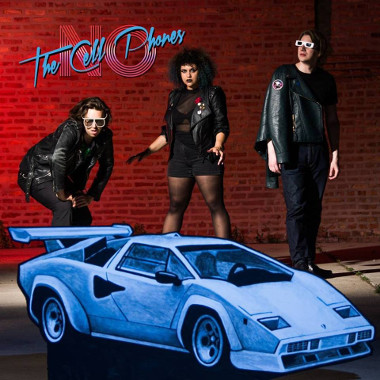 Chicago band THE CELL PHONES return for the first time since January 20th. Some time ago, Loud Loop Press called them “a band to watch” and praised that “some bands just plant a smile on your face so big, it needs to be slapped off. THE CELL PHONES are that band.” Indeed, they are! Brimming with abrasive, bass-heavy punk and bitch’ll cut you attitude, we’re excited to have them return to the Bottle stage and we’re things will have only gotten nastier. WAD IS a band from Chicago that plays punky, grungy swill. We last saw them opening for TOUCHED BY GHOUL during a Glitter Creeps in 2015. Opening is BLACKER FACE, an afropunk/punk/blues/rock act from Oberlin, Ohio, performing on our stage for their first time tonight.

Free Mondays at The Empty Bottle are sponsored by Pabst Blue Ribbon. $2 PBR Drafts every Monday!

The RED VINYL LP “NO”

No Trend Records on BandCamp